To assign a record(s) to a static list, simply select the record(s), and the toolbar menu for "Lists" will appear. Click on it, and assign to the list(s) that you want:

To assign one or more records to a static list: 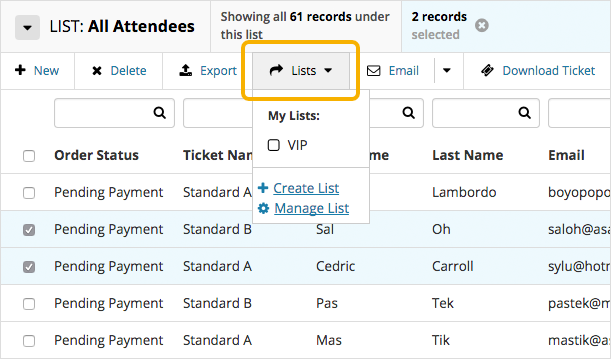 3. In the dropdown which appears, select the list(s) to which you want to add the record(s) and click on the Save button. 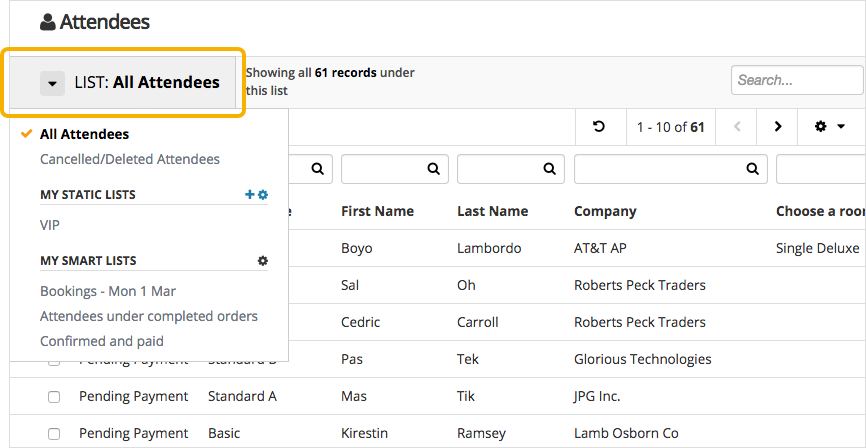 Once selected, the list will be loaded in the grid, with the name of the list in the list selector and the number of records under the list displayed at the top of the grid. For example, in the screenshot below, the static list VIP, which contains 5 records, is currently selected and loaded in the grid. 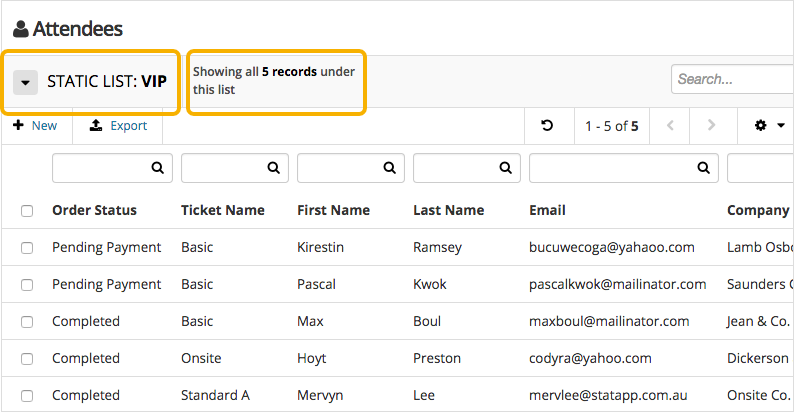 Doing a search while a list is loaded will perform the search under that list only. For example, with the VIP list loaded, you could search for attendees which are female only. The results will look like this:

If at that point you decide to search across the whole grid instead (and not only the selected list), click on the Search across all attendees instead.

G
GEVME is the author of this solution article.